What is greenwashing and why is it a problem?

What is greenwashing and why is it a problem?However, without proper regulation of the claims made by these financial products, investors’ money might be not doing as much good as they were led to believe.Greenwashing is a form of misleading conductGreenwashing is the presenting of non-climate friendly or non-environmentally friendly products as climate or environmentally friendly, says Professor Jeremy Moss from the Arts, Design & Architecture faculty.“Greenwashing seems to be rife in the financial industry because a lot of the products available invest in companies that have dubious climate records.”Greenwashing is a problem in many countries.“People concerned about greenwashing should be really suspicious of vague claims,” says Dr Kemp.

What is greenwashing and why is it a problem?

Financial and investment products claiming to be ethical, sustainable or environmentally responsible have experienced vast interest and growth in the past few years.

Millennials and Gen Zs are leading the demand for ethical and sustainable investment and the marketing of such financial products emotionally appeals to those worried about the future, thus driving younger investors to put their money where their values are.

However, without proper regulation of the claims made by these financial products, investors’ money might be not doing as much good as they were led to believe.

Experts from UNSW Sydney say that until rigorous regulation is in place, it is up to consumers to do their own research to assess environmental claims from financial products.

Greenwashing is a form of misleading conduct

“Greenwashing seems to be rife in the financial industry because a lot of the products available invest in companies that have dubious climate records.”

Greenwashing is a problem in many countries. Increasingly, cases are presenting in courts overseas where plaintiffs are seeking to pursue change rather than compensation or damages. However, such litigation has not taken off in Australia.

“In Europe, class action lawsuits can argue that environmental harm violates the right to life. In Australia on the other hand, we do not have a bill of rights, so we won’t see lawsuits of this kind,” says Dr Katharine Kemp from UNSW Law & Justice.

“We are more likely to see cases being brought by Australian Securities and Investments Commission (ASIC), the Australian Competition and Consumer Commission (ACCC) and some private litigants alleging misleading conduct, or even unconscionable conduct, in respect of environmental sustainability claims.” 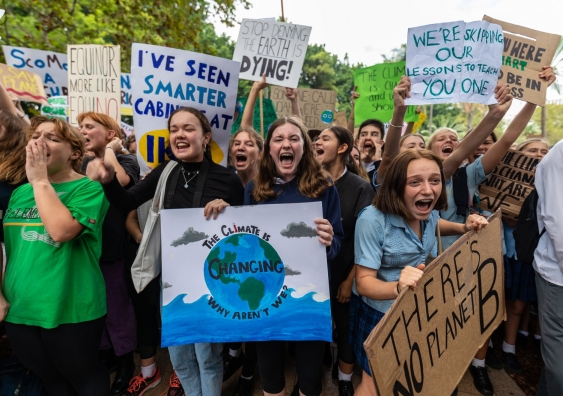 Greenwashed products can mislead those who care about the environment and climate change. Photo: Shutterstock.

Environmental, Sustainable and Governance (ESG) criteria refers to a set of criteria and standards used to inform investment choices. ESGs are often devised by investment firms or corporations themselves.

ESG is a term that is thrown around a lot in the corporate and financial world but there is no regulation or standardisation of them. The words ‘sustainable’ or ‘ethical’ in one ESG can greatly differ in meaning to another ESG.

“Financial funds that operate with an ESG can claim not to violate environmental or social concerns. However, at the moment it’s possible to put forward your fund as being sensitive to environmental concerns, even if it’s only sensitive in a very weak way,” says Prof. Moss, whose research includes projects on climate justice, the ethics of renewable energy, and the ethical issues associated with climate transitions.

“Further to this, there is no transparent way of assessing the climate records of many companies.

“The massive fossil fuel producers in particular are prone to greenwashing their activities. So when fund managers are assessing an investment choice against an ESG criterion, fossil fuel companies may appear as though they’re taking substantive action on climate change, when in fact they’re not. They are very often engaging in greenwashing.”

Watch out for vagueness and ‘bare minimum’ criteria

The ACCC and ASIC have indicated that they will pursue greenwashing this year and are seeking to introduce standardisations. However, with such regulation of ESGs a while off, values-minded investors and consumers may be wondering what to watch out for in the current financial market.

“People concerned about greenwashing should be really suspicious of vague claims,” says Dr Kemp. “If vague terminology is used and there is no specific information from the company about what their environmental or ethical claim actually means, there is reason to doubt its authenticity.”

Consumers and investors should also pay attention to whether ESGs apply a negative or positive screening approach.

“If funds perform what they call a ‘negative screen’, then it is possible that they’re really just ruling out the most heinous and unethical practices, such as selling arms to dictators and so on,” says Prof. Moss.

But there are limitations to positive screening that consumers need to be wary of and future regulation should address, says Prof. Moss.

“Watch out for companies that are investing minimally into renewables, for instance, but still heavily contributing financially to lobby groups that actively work against climate policies.

“Until there is further regulation of sustainability claims, consumers looking for ethical or green products should look for companies that are transparent – radically transparent,” adds Dr Kemp. “Such companies are upfront about not only the good things they are doing, but also honest about any harm they still cause and how they are working to resolve that.” 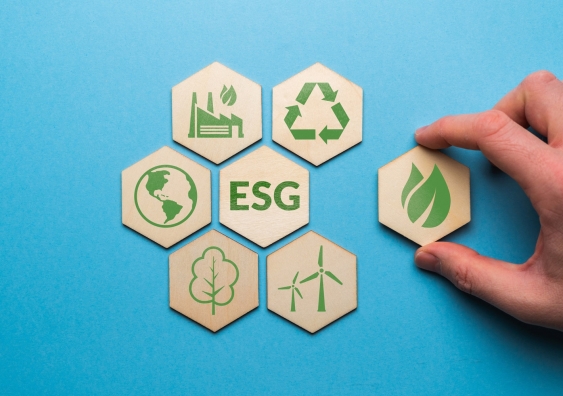 Increased transparency in environmental, sustainability and governance criteria will be key to minimising greenwashing. Photo: Shutterstock.

Those concerned about the environment and making ethical choices should exercise their power as citizens and consumers by demanding transparency in the corporate sector and rigorous regulation standards from ASIC and the ACCC.

“We should demand a higher standard of these funds and ask that they do a much more rigorous and thorough screen of the products they invest in,” says Prof. Moss.

“For instance, ESG funds have to be very clear and upfront about what criteria they use for claiming their products are climate-friendly.”

Professor Moss also says that regulation of ESGs needs to create a standard where it is clear to consumers not only when companies are generating a lot of emissions, but also whether those companies are trying to slow down action on climate change.

“This is very important because a company could be carbon neutral, for instance, or not emit very much, yet have a disastrous effect on the climate because of its lobbying against climate-friendly policies – these are indirect contributions to climate change that should be assessed in such ESGs.

“Most importantly, regulation will only work if it is really demanding enough and, crucially, whether it’s enforced.”

Wood-eating termites really like it when it's hot: study

More women are studying STEM, but there are still stubborn workplace barriers

The power of weak ties in gaining new employment

Saturn’s rings and tilt could be the product of an ancient, missing moon

Trump and DeSantis: Once allies, now in simmering rivalry with 2024 nearing