New research could inspire experimental musiciansIt is not only the timing, but also the shape of sounds that can create a groovy feeling.Read more about Câmara’s disputation September 17thIn his studies, Câmara invited around 60 musicians to experiments in order to learn more about how musicians create the feeling of groove.“I was curious to know: If I told them to play laid-back, would they only play strokes later in time?“What musicians did with the sound, correspond with some criteria for how people experience the rhythmic centre of sounds,” says Câmara.He believes that musicians often subconsciously know which sounds to use; that it is a tacit knowledge among many musicians. 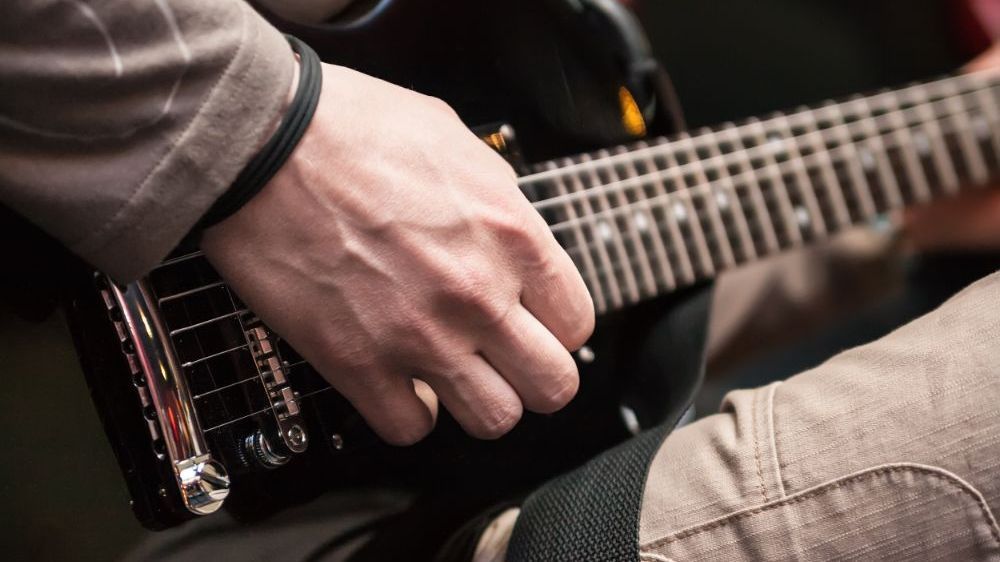 It is not only the timing, but also the shape of sounds that can create a groovy feeling. A new study looks into musicians’ practices.

Guilherme Câmara is a guitarist, but he had never really considered how the shapes of sounds could affect timing before he started studying them.

“I thought a lot about timing; about where to place sounds to obtain a certain groove or rhythm,” he says.

As a musician, you can play with timing to encourage different “feels”. Many timing feels can work, according to Câmara.

“In certain contexts, some timings work better than others, but there are often many possibilities. However, when you play on the beat it tends to give the listener a different feeling than if you play pushed or laid-back.”

A deeper investigation of sounds

In recent years, Câmara has been working on a PhD at the Department of Musicology, University of Oslo. He has been looking into the secrets behind groove feels. Groove is a term originally used in jazz music from the 1930’s. Groovy music often elicits the urge to dance.

Today groove is mainly associated with popular music styles with origin in the Afro American tradition, such as funk, soul, disco, and hip-hop.

In his studies, Câmara invited around 60 musicians to experiments in order to learn more about how musicians create the feeling of groove. Around a third of the musicians were guitarists, a third were bassists, and the rest were drummers.

Câmara gave each musician a metronome or an instrumental backing track, then asked them to play exactly the same three times, but with three different groove feels: laid-back, on the beat, and pushed. Then he listened more closely to the audio recordings.

“I was curious to know: If I told them to play laid-back, would they only play strokes later in time? Alternatively, would they also play longer tones, with a higher intensity? How would they shape the sounds?

Researchers had not looked into these questions before.

When analysing the recordings, Câmara saw that they shared some traits. For instance, most guitarists played long tones when Câmara asked them to play laid-back – they stretched out the sounds.

They also played with darker tones, according to Câmara.

“If they played pushed, they often had sharper, shorter attacks, greater intensity and brighter tones.”

For the drummers, the patterns varied more, depending on the type of drum they played.

“What musicians did with the sound, correspond with some criteria for how people experience the rhythmic centre of sounds,” says Câmara.

Perception studies have suggested that peoples’ experience of timing relates closely to the shape of the sound – whether it has a soft or sharp attack, or if it is shorter or longer.

“This has implications for how musicians shape the sound when playing. For instance, if they wish to convey a stronger laid-back feeling, stretching out the sound can be almost as effective as just playing late.”

After the recordings, Câmara and his colleagues interviewed the musicians. How aware were they of what they were doing?

“Some musicians are analytical nerds. They mess around with the rhythm trying to make many different feels, for instance by being “ultra-laid-back”. However, the way they shape sounds seem to be more intuitive,” Câmara says.

He believes that musicians often subconsciously know which sounds to use; that it is a tacit knowledge among many musicians.

“They intuitively hear what kinds of perceptual effects the sounds give. However, I do believe that some are more aware than others, especially those that are interested in trying to learn and master as many genres as possible.”

Câmara himself plays mostly funk and soul, which is rhythmic music often played at higher tempos. There he tries to be on the beat, or just a tiny bit laid-back. If pushed, the music can easily sound stressed or nervous.

Câmara believes the findings to be interesting for musicians who want to become more aware of what they do.

“The findings have some pedagogical implications, for instance: If you want to play on the beat or laid-back but always plays pushed, then perhaps you should not just focus on playing laid-back. You could also focus on playing longer tones, with softer attacks.”

He was also amazed at professional musicians’ amount of control. When playing laid-back or pushed, the sound may be very close to the rhythm followed, as little as 10-30 milliseconds before or after, according to his own research.

“It’s almost unbelievable; however, the results are systematic. A musician can have a truly astonishing control over very microscopic things.”