He comes to MIT from Colby College, where he was professor of the practice of international relations.In this interview, Simon reflects on the 9/11 catastrophe, and offers some advice on where we can go from here.Based on your experience at the White House before 9/11, do you agree that this was the most significant intelligence failure?A: As with many surprise attacks, 9/11 entailed an interlocking series of both intelligence and policy failures.Strategic logic suggested that deterrence could only be restored by destroying both Al Qaeda and its Afghan sponsor. 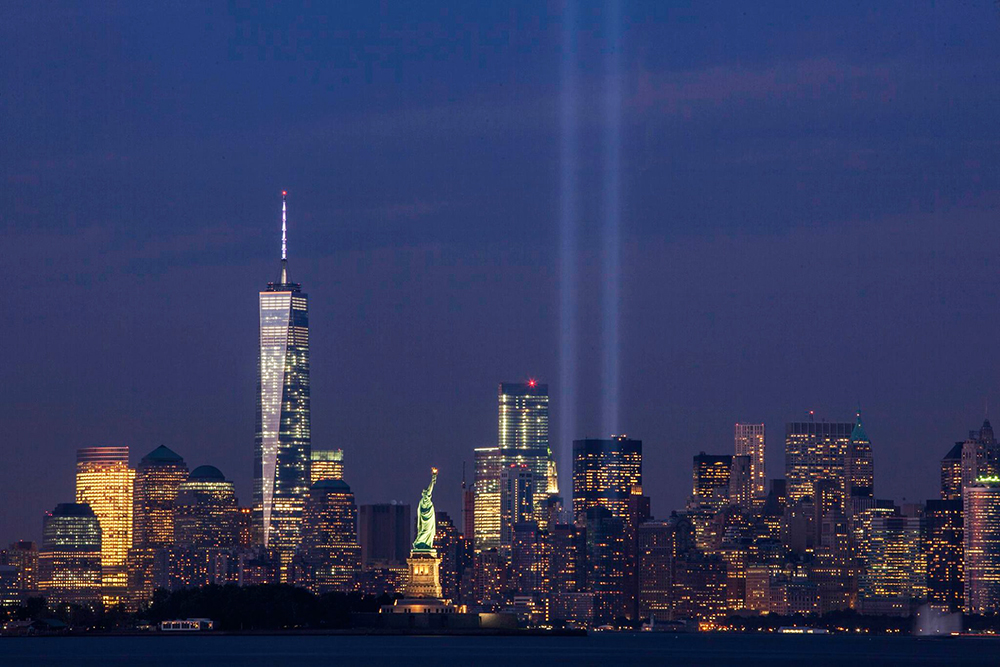 The 20th anniversary of the attacks of September 11, 2001, is an occasion to look back on the American response to the atrocities, how and why they occurred, and what the implications are for future global policy dealing with terrorist groups. The long war in Afghanistan, a war-torn country that harbored Osama bin Laden and Al Qaeda, and the subsequent war in Iraq took hundreds of thousands of lives, among them several thousand American military, and ushered in a global war on terror that by most reckonings has had doubtful results.

Steven Simon, the Robert E Wilhelm Fellow at the MIT Center for International Studies, is one of the people who observed the unfolding of the war on terror from the vantage points of the White House staff and as a scholar and writer. He served as the National Security Council senior director for the Middle East and North Africa during the Obama Administration and as the council's senior director for counterterrorism in the Clinton White House. These assignments followed a 15-year career at the U.S. Department of State. Between government appointments, he worked in the private sector and in academia. He comes to MIT from Colby College, where he was professor of the practice of international relations. Simon has co-authored books on the U.S. response to 9/11, including The Next Attack: The Failure of the War on Terror and a Strategy for Getting it Right, which was a finalist for the Lionel Gelber Prize and listed among the best books of the year on this topic in The Washington Post and Financial Times.

In this interview, Simon reflects on the 9/11 catastrophe, and offers some advice on where we can go from here.

Q: Looking back at events leading to September 11, it is often noted that a lack of communication between the U.S. Central Intelligence Agency and the Federal Bureau of Investigation contributed to the execution of the attacks. Based on your experience at the White House before 9/11, do you agree that this was the most significant intelligence failure?

A: As with many surprise attacks, 9/11 entailed an interlocking series of both intelligence and policy failures. In the intelligence domain, there was no question that the failure of the CIA to inform the FBI of the entry into the United States of two key hijackers, who were tracked by CIA there from an Al Qaeda meeting in Kuala Lumpur, was a consequential blunder. There are legitimate questions regarding how well the FBI would have performed even if they had been told. For example, another conspirator who was present at the Kuala Lumpur meeting, Zacharious Moussaoui, had been arrested shortly before 9/11 on an immigration violation. The local FBI field office concluded that he was part of an impending attack, but its request for a warrant to exploit Moussaoui’s computer was declined by headquarters in DC. There was, in any case, a longstanding reluctance among CIA personnel to share intelligence with law enforcement. Such information would ultimately be used by prosecutors who would reveal it, thereby jeopardizing sources and methods and continued access to intelligence from important sources and assets.

Perhaps even more damaging was the failure of both agencies to detect the methodical creation by employees of the Saudi government of a support infrastructure in the United States to facilitate the entry of the hijackers and get them embedded, funded, housed, and equipped with driver's licenses and so forth. It is probable that many others in the Saudi government were aware of the diversion of resources to support of Al Qaeda even as the U.S. had designated the group as a terrorist organization that had repeatedly attacked the U.S. (There’s no evidence that the Al Saud themselves were aware of this activity.) The policy errors revolved around the conviction of a new administration that the key challenges to the U.S. emanated from adversarial nation states, rather than sub-state actors operating autonomously on the basis of religious justifications for violence. Hence, [then U.S. national security advisor] Condoleezza Rice’s oft quoted statement that President [George W.] Bush refused to be distracted from important work by having to "swat flies.” Unfortunately, 19 of those flies destroyed the World Trade Center towers, wrecked a large part of the Pentagon, and massacred the passengers and crew on four commercial aircraft, propelling the Bush administration into a bloody 20-year war.

Q: Was the initial response — hunting for Osama bin Laden and collapsing the Taliban state — the correct one?

A: Most observers would agree that Al Qaeda could not be allowed to continue to attack the United States and that the Taliban were an indispensable co-conspirator in so far as it had sheltered not just Bin Laden, but also the camps in which the hijackers were trained and indoctrinated. Strategic logic suggested that deterrence could only be restored by destroying both Al Qaeda and its Afghan sponsor. And there was ample justification for this broad course of action in customary international law and the UN charter.

Q: What advice do you have to the Biden administration going forward?

A: There are some things that are obvious. First is that terrorism is not going to go away. Grievances will persist, the means will be available, and individuals predisposed to action will continue to circulate. Domestic terrorism conducted by white supremacists is rising, even as the number of jihadists, according to the UN, is at an all time high. Extensive use of chemical weapons in Syria and advances in genome editing against the background of a brutal pandemic will seed the idea of using these weapons against adversaries. Cyberterrorism is perhaps a lesser threat but is feasible, based on criminal models, and potentially costly to the victim.

The prescription usually advanced is societal and infrastructural resilience. But, to coin a phrase, resilience is futile if counter-terrorism policy devolves to yet another partisan tool. Of all challenges, terrorism is mostly likely to spur a dangerously excessive reaction while degrading the state of American politics if the two parties have not cooperated on building and implementing effective defenses. If politics are too broken to permit such preparedness, then a successful strike against the U.S. will be more likely, the partisan blame game more poisonous, and an appropriate response far more difficult to engineer.

The source of this news is from Massachusetts Institute of Technology

A dispatch and routing platform to improve deliveries

Punishment for the people

Punishment for the people

Move business and research closer together